Saint Bernard of the Baths

Wikipedia: en.wikipedia.org/wiki/San_Bernardo_alle_Terme | Built in 1598. Via Torino, 94 (click for google map)

San Bernardo alle Terme is a round church in a building that was originally a part of the Baths of Diocletian. It has eight large sculptures in niches in a full circle around the room, and the figures represent (in order, starting from the entrance and going right around the room), Saint Jerome, Saint Catherine of Siena, Saint Catherine of Alexandria, Saint Bernard (to the left of the main altar), Saint Francis (to the right of the main altar), Saint Mary Magdalene, Saint Monica and Saint Augustine.

Quick fact:
San Bernardo is very similar to the Pantheon in that it’s round, and it has a dome with an oculus. 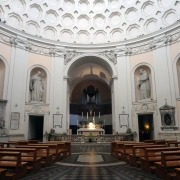 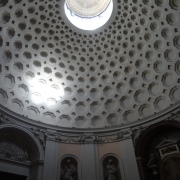 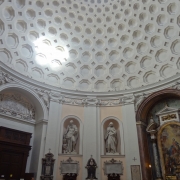 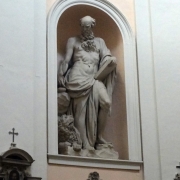 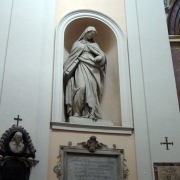 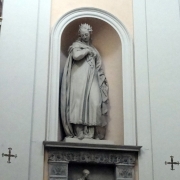 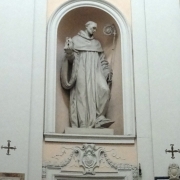 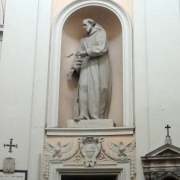 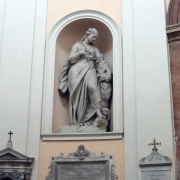 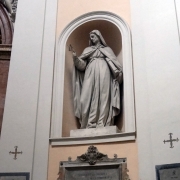 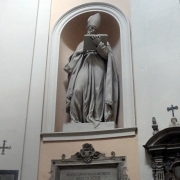 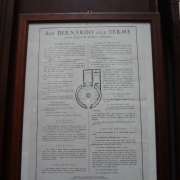 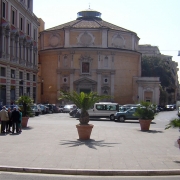 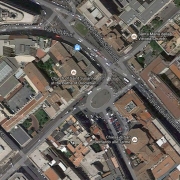